This week your North Cougars faced town rivals Coppell West Wranglers. The A teams were first up and West came ready to play making it a close first set. North was able to pull away and win the first set. In the second set, North was really focused and honed in. North beats West in 2 sets. Players of the game go to Gianna Caron and Brooke Felix. They were a great one-two combo with Gianna’s great sets and Brooke’s amazing hits they gave North the spark they needed.

Next up were the B teams. North was able to jump out quick on the Wranglers but, West quickly fought back letting North know they were not going down without a fight. North was able to squeeze out a victory for set one. The second set was even more of a nail bitter with a final score of 27-25 but North’s amazing team chemistry ended up being too much for West. The Player of the game goes to Reagan Clark with great communication and even better hits and serving!

The C teams closed out the night! North’s C team was on fire and was able to take down West in two straight sets. North played its best game of the year with everyone communicating and playing great team ball. The player of the game goes to Sahana Thamizhan. She had a great all-around game but was capped off with 18 points serving and an outstanding hit!

Your 7th grade North Cougars were counting down the days until they played their friends and rivals: Coppell West. The C team was up first- ready to fight for their second win in a row. In the first set, your North Cougars won 25-20. In the second set, the C team secured the win 25-22 in a nerve-racking game! The player of the game for C team goes to Ainsley Ingram. Ainsley was a leader on the court and had incredible serves! Her confidence and encouraging attitude helped lead her team to victory!

Next up was the B team, filled with excitement, and ready to continue their winning streak! The girls hyped each other up before the game and were confident walking onto the court. Your North Cougars won the first set 25-12 with Emily Miessner making a 10 point serving streak! In the next set, your B team won 25-10 securing their 4th win in a row! The player of the game this week was Emily Miessner with her incredible serves and leadership. She was ready at the net to block when she needed to- and was prepared to get every second ball. We are so proud of you Emily!

Last, your A team finished the night at West! The first set was a nail-biter, but your A team won 25-22. In the next set, the girls were ready to fight and continue their winning streak. Your North Cougars secured their 5th win 25-12! Their winning streak continues! The player of the game for A team was Morgan Proctor. Morgan was the Libero this game, and rocked it!! She passed every ball, and led her team to victory! Good Job Morgan! We are so proud of the 7th grade teams this week- and are ready to defend our home court again next week against Argyle. 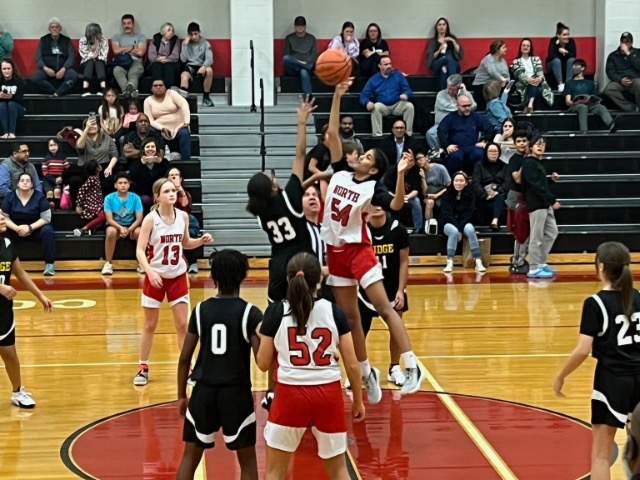 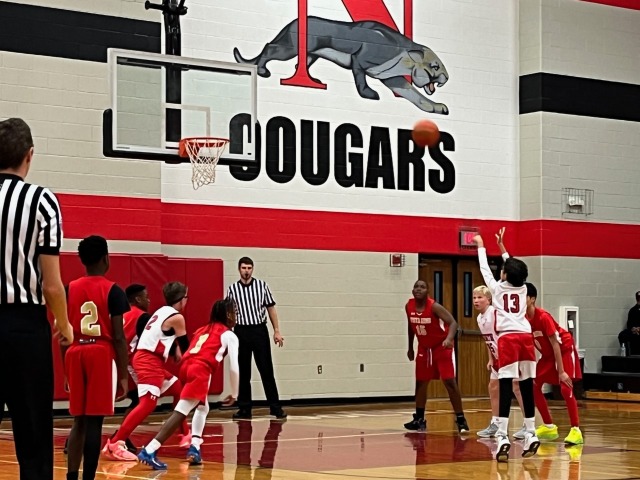